We Are The Champions!

How a Productive Classroom is Like the World Series

(Disclaimer: I and several of my Just ASK colleagues live in the Washington, D.C. area. We all worked to assure that there were no Nats shirts, hats, or coffee mugs left in any nearby stores. We are still so caught up in the frenzy that some of us are even headed to Florida the end of February for spring training camp!)

In a nail-biting ending to the 2019 baseball season, the Washington Nationals won the World Series, the first time since 1924 that a D.C.-based team has achieved such an accomplishment. As a baseball enthusiast, I found myself on the edge of my seat as I watched the series which was decided in the seventh game. As a life-long educator, my mind kept returning to schools and the places I’ve worked; I kept making connections to the series and how events transpire in the classroom. It’s just the way my mind works. Enjoy my ruminations/comparisons below; as you read you may find other ways that our nation’s pastime coincides with the lives of our students.

Everybody Can Be a Star
The game of baseball can be an unpredictable endeavor. True advocates typically anticipate a resounding positive performance by the team’s standout players. But the reality is that a key moment in the game may come from a lesser-heralded player that winds up being a game changer.

Our classrooms are filled with a variety of students with an array of skills and talents. here are often students who are standouts because they are both extroverts and quick learners. An observant educator realizes that every student has the potential to shine and she carefully watches for the moments to let the quieter, less recognized individuals have their moments. A correct answer to a check for understanding, a noticeable improvement in work habits, or a whole-hearted effort to achieve success are all opportunities for a teacher to change the world of an individual. When students hear a kind word, see a positive comment on a paper, or receive a pat on the back, they can feel like a star. Perhaps they are left thinking, “I didn’t strike out today!”

Home vs. Away
During the World Series, game locations are split between the two teams. Typically it is considered an advantage when a team plays on their home turf. However, in the 2019 series, the exact opposite occurred when each team only won games away from their home field.
This unusual occurrence caused me to think about students and how they learn. I expanded the definition of the two concepts (home and away) to include work completed at home, i.e., homework, and work completed in the classroom (away from home). Not all students do well when they have to complete tasks outside of school for a variety of reasons including confusion as to how to complete an assignment, a less than adequate environment in which to work, or a lack of motivation to attempt outside work. Students who struggle to finish home assignments can become discouraged when teachers grade homework even though it is considered a formative assessment. In baseball, winning more away games is not often the case, but in school completing work away from home might be preferable and more productive for many children.

Baby Shark
In baseball, many players have a walk-up song that is played throughout the stadium when a player comes to bat. A Washington Nationals outfielder saw the enthusiasm his two-year old experienced when hearing the song “Baby Shark.” When he requested that it be played when he came to the plate he had no idea it would become the motivational rallying cry for fans during the 2019 season.
The song’s impact caused me to think about the importance of the on-going motivation of students in our classrooms. Could it be that a teacher (working in coordination with her students) could select an inspirational song (perhaps with simultaneous arm/hand movements) that might excite students about upcoming learning. I have observed teachers who have rewritten lyrics to popular songs that animated students and resulted in a focused attention and buy-in when the teacher introduced new material. “Baby Shark” led to the Nationals’ turnaround that ultimately led to their World Series victory. Who knew? Teachers might ask themselves, “What could be my rallying cry?”

It’s Only the Beginning
After the first 50 games of the season, the Nationals had a 19-31-won/lost record. Fans were discouraged, players were despondent, and there was talk about firing the manager. The team had the capability of winning and the manager encouraged his players to think about one game at a time. His motto became “1-0” instead of thinking about how the season might end. It worked. The team ended with a 93-69 record that qualified them to participate in the playoffs. The rest is history.

When I reflect on the 2019 season, I am reminded of the many students who struggle at the beginning of the school year. For some, the content is overwhelming and seemingly impossible to grasp. They become discouraged, quickly lose ground, and view themselves as failures. Perceptive and compassionate teachers keep these students in mind and provide consistent encouragement and support. Much like the Nationals they take one day/game at a time pointing out individual progress a student might make. They remind their distressed learners that they won’t give up on them and that a large part of the school year is still ahead so success can be realized.

Multiple Opportunities to Reach Success
Baseball is a tough occupation for any athlete. At any moment during season, a player might encounter a slump. Getting a base hit can be sporadic and inconsistent. Talented players know they have the desire to do well; they simply need the wherewithal to turn things around. In short, they need time to “get back in the game.” In order to rebound, players receive lots of feedback from coaches and fellow players; they take batting practice to determine what fine-tuning needs to happen in order for them to produce. And in some cases, the player realizes that his inconsistent performance requires a mental adjustment as well. Over time, a player often begins to see favorable outcomes for all his personal investments.

Replace the term “baseball player” with the word “student” and the circumstances are very similar. When a student is struggling, they may require feedback, a second chance on an assessment to show how the feedback helped, or a different way to show what they have learned. Just like a player adjusts a batting stance, a student learns a new way to study for an assessment. For a student, mastery level learning is the goal. When given specific feedback and encouragement, the result can be improved work, restored confidence and overall academic growth. When a player improves, he can see his batting average rise. Similarly, the student will see his average start to climb as well.

Fan Base
A significant reason that the Nationals were able to rebound so well was due to the determined support (and game attendance) of their fan base. Hearing the cheers and seeing the stands filled with tenacious and loyal believers helped the team maintain their momentum.
Students need a fan base, too, especially if they are finding their work challenging or even overwhelming. Fans can come from a variety of sources including multiple teachers, family and friends, and fellow students. When students are left to their own devices to achieve, they might encounter loneliness, despair and diminishing confidence. Teachers who exude a positive attitude, pause for occasional classroom “pep rallies,” place an emphasis on what’s working instead of what’s not working, and organizing collective support of all those who can influence a student’s personal attitude may find that winning (achievement) can replace losing (despondency) in a young person’s life. I find it so interesting that I hear stories of students who returned to their former teachers to convey to them that it was the teacher’s belief in the individual that stuck with them throughout their schooling years.

It Ain’t Over ‘til It’s Over
It was a great moment when the Washington Nationals realized they would qualify to participate in the playoffs. They still had to defeat three other teams to reach the World Series. They did not lose their vision or their desire to win. In several games, their late inning rallies made all the difference. Baseball legend Yogi Berra is credited with the phrase, “It ain’t over ‘til it’s over.” Certainly the term can be attributed to sporting events but it can just as easily be applied to the school year.

It has become a common practice in education to decide that once standardized tests were completed (often in April or May), the school year was essentially completed. I so admire the educators who use the remaining time to plan especially creative lessons that provide students the chance to indulge in topics of special personal interest. When thinking about Yogi’s quote, I am reminded of students who give up too soon assuming they have no chance to pass a course. Teachers who truly believe in their students are continually aware of struggling learners, and they seek ways to keep student’s hopes alive by providing encouragement and one-on-one personal attention. I have such admiration for professionals who work with their peers to devise unique ways to help students to keep their focus and reach their goals.

“Every day is an opportunity. You can build on yesterday’s success or put its failure behind and start over again. That’s the way life is, with a new game every day, and that’s the way baseball is.”

“One of the beautiful things about baseball is that every once in a while you come into a situation where you want to, and where you have to, reach down and prove something.”

“Baseball is ninety percent mental and the other half is physical.” 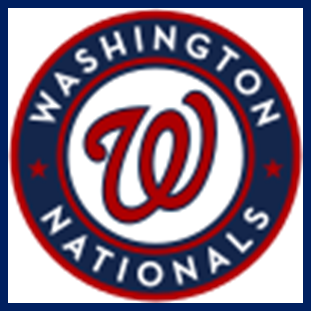 Permission is granted for reprinting and distribution of this newsletter for non-commercial use only. Please include the following citation on all copies:
Oliver, Bruce. “We Are The Champions!”  Just for the ASKing! January 2020. Reproduced with permission of Just ASK Publications & Professional Development. © 2020. All rights reserved. Available at www.justaskpublications.com.